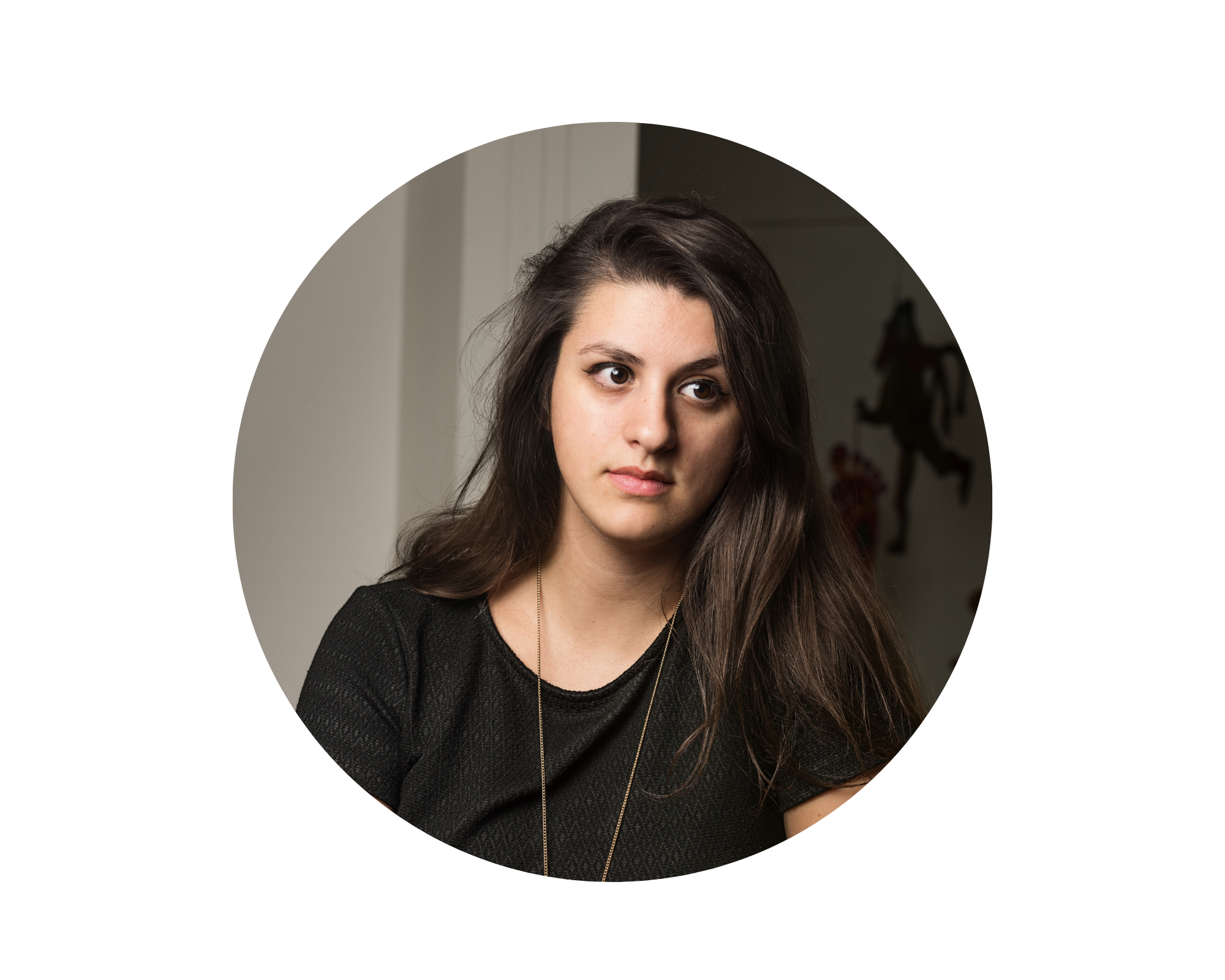 Elodie Hadjidakis is the CFO at Habiteo, a Proptech company, which offers a platform and 3D marketing tools for new real estate to enable the future buyer to project himself into living, and working in a new environment to be built. She has been a CFO since she was 27 years old by joining 360Learning, an Edtech company, where she had the chance to lead significant fundraising of 43 million euros, to accompany the hypergrowth of the Company. Before that, she began her career at Ernst and Young, in Audit and Transaction services, where she acquired the analytical basis for her current job.

This syndrome is here to make us humble but the lesson here is not “stop”, it is a “go and prove me wrong.

Know your worth and fight for it

In this podcast, Elodie explains how a certain lack of communication around women working in finance influences their decisions. As a result, women are less likely to choose finance because they are not sufficiently informed about it.
For Élodie, resilience and persistence are the keys to facing this challenge and changing the way education influences future choices.

Well, I have a very classical path when it comes to finance. I've always been attracted to numbers and math, so I naturally went to finance when I came to business school. There, I had to choose between market finance and corporate finance, and once more naturally, I went to corporate because it was more implemented in the real world and had a business side. It was actually quite natural to me. I began my career in audits and then transaction services, and I became a CFO quite young actually, at 27 years old. I currently work for Habiteo, which is a tech company. It's a platform, it offers marketing tools for new real estate developers to 3D models, for the buyer to be able to project themselves to living and working somewhere.

There are few women in finance and fewer in marketing finance classes, that's for sure. But I don't think that business can really influence a specific gender to be in finance or marketing, for example. What is true is that finance has a reputation. It's easier to sell fashion or marketing, which is something you can see, compared to finance, which is really difficult to understand. The first impression of finance is the difficulty because you have figures, difficult notions, etc. You have many things to learn to be able to apprehend it. I think advertising more for finance will be a plus in business school. Somehow school influences you in some areas which are more in. For example, the audit is good for an internship, but it's not the first job. Actually, I did audit as my first job, and I thought it was really amazing and gave me all the basics which are needed to become a good CFO. But if we really focus on the lack of women, as far as I'm concerned, I really think that the problem is not at the business school level. It's really too late for me. To influence women today and to make them choose finance, it must be done at an earlier stage. I think the family influence has a huge impact on it.

For me, family education is key. In my experience, I was really supported by my family in my childhood and my gender was really irrelevant. I also had a great woman's example, my mother was able to have a great career with responsibilities and was able to raise two children. So I never felt like I couldn't make it, but I was afraid I could deceive someone somehow. But I never doubted that I had the capability to. I really wish every woman can feel the same. Because every time I speak to a female friend or female co-worker that cannot do something, ask for a raise, or anything else, I just realized that's because they think they don't have the inner capability to do so and I do not understand it. Then I realized that it’s because of my education, how I was raised now it's part of me, it can seem natural to somebody that's really an impossibility to another. Education is key and I will do anything in my power so that my daughter will never feel that she's not capable of doing something. So it's up to us to act for the new generation.

I have contradictory feelings about the motivation of the new generation. I also worked in human resources, so I had a lot of people coming to me to ask me for a raise or anything. What I could see is that there's a difference between what you hear in the cafeteria room about women's rights for example, etc, and the fact that women actually dared to ask for a raise, etc. So, yes, in my professional life, I sometimes have to say, "you know, you deserve more. You're asking for this, but you can have this". It's actually what I'm trying to do with my team, it's to push them. Well, not only the women, because men are exactly the same, for me. But I really see that women have more difficulties having more raises, for example.

My advice to be more daring it's my family motor: “Let them say no”. It is something that was repeated to me when I was younger, and actually, it was my grandfather's, he would have been so proud to hear it in the podcast. This is exactly what they're talking about education. It means that at least you won't have any regrets. It makes you really ask yourself a very important question, what is the worst thing that can happen? Is it really receiving a no for an answer? Is it really a bad thing that can happen? It really makes you see the problem from another perspective and in my case, it really helps. And it works on every occasion, really. The other day I wanted to have a place to put my child in daycare. I knew it was not possible to change the location, but I tried. It was a no, but I tried.

I really ask myself and I really don't know why women don't go into finance. Is it by fear? Is it because it's a man's field, or is it because of this lack of advertisements? I really don't know. What I know is that the quotas that I use to recruit women in finance are not well used, in my personal experience. Sometimes it cannot be the right way to do it. For me, most of the opportunities I had, I was told that they were looking for a woman. This really gets on my nerves because I do not want that, I want to be chosen among all candidates and not because of my gender, especially when you know that there are not many women in finance. I think it helps this imposter syndrome, you were put there because they needed a woman. It is really frustrating.

I actually feel this imposter syndrome every day. I would say it's not something feminine. It is not. It's really something anyone with common sense actually must feel because it gives you humility. I often ask myself, when will I stop having this feeling? Never! It's in my nature to put on new adventures and projects, I will always be out of my comfort zone. And each time I prove to myself that I could do something, I always think that it was not that terrible, and I keep going. So the key question here is not how it makes you feel, but what will you do about it? I truly believe that nature is well done. This syndrome is really here to make us humble. And the lesson here to take from this syndrome is not to stop, but to go and prove myself wrong.

As I said previously, finance is a field that is difficult to apprehend, which is a man's field, which has a lack of Advertisements. But it can also be a long process to believe in yourself and understand that it is not about capability, that's really willingness, and the real question here is are you willing to and really identify the mental barrier to be able to do so? To go into finance maybe the right way to do it is really to find a good mentor because as I said, it's a long process and there is no shame in asking for help. Actually, if my experience can help others I will be glad to manage someone. So if you want to contact me on LinkedIn, just do so.

Listen to Women in Finance 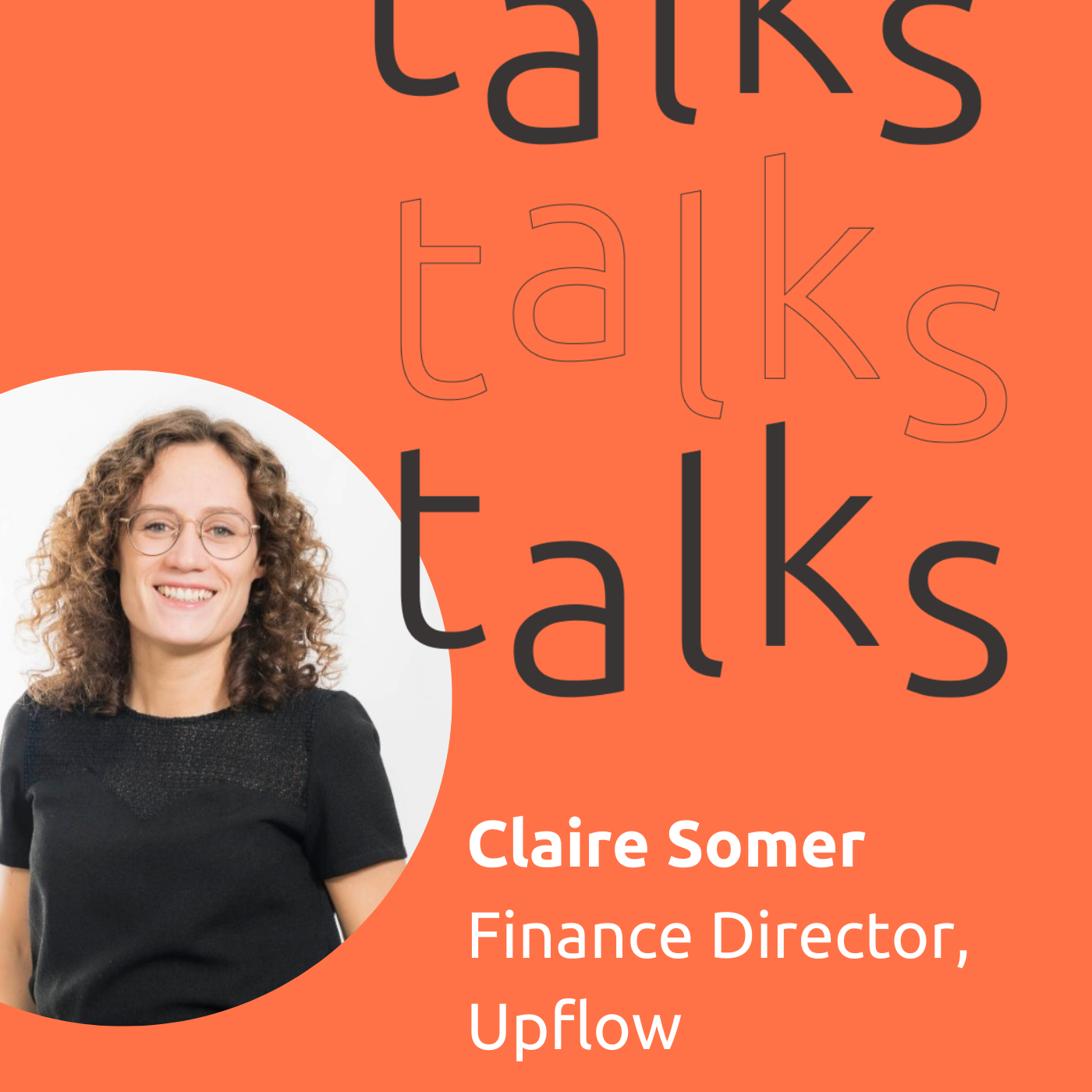 Trust yourself to build your own success

Find your inner balance and develop your career